A simple dessert to make for those who are crazy of Oreo cookies.  This time, I added Ovaltine to the ingredients.  Of course, one can also use Milo or cocoa instead. The following recipe fits nicely into the jelly mould from Tupperware.  Otherwise, small individual moulds can be used. 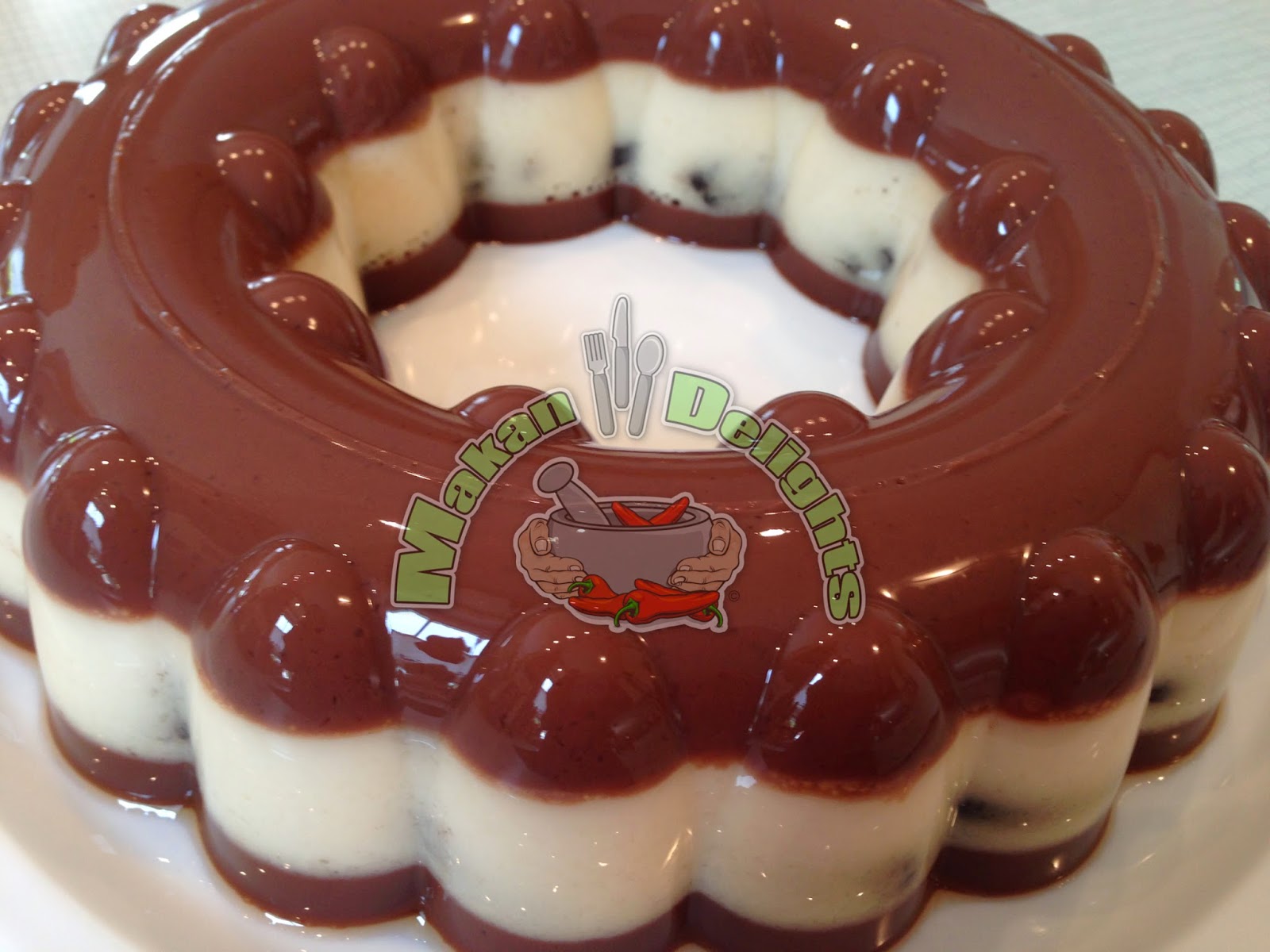 Method:
In a medium-sized pot, add agar-agar powder, sugar and water.  Cook over medium heat and stir until sugar is dissolved.  Add in evaporated milk.  Stir well and bring to a slight boil.  Divide mixture into two portions (about 600 ml each) into two saucepans. Add ovaltine to one portion and leave the other portion white.  Leave both saucepans over low heat in order that the mixtures do not set.

Rinse mould with cold water.  Pour 300 ml (half) ovaltine mixture into mould and allow it to almost set. You may store the mould in the fridge for a few minutes to quicken the process. 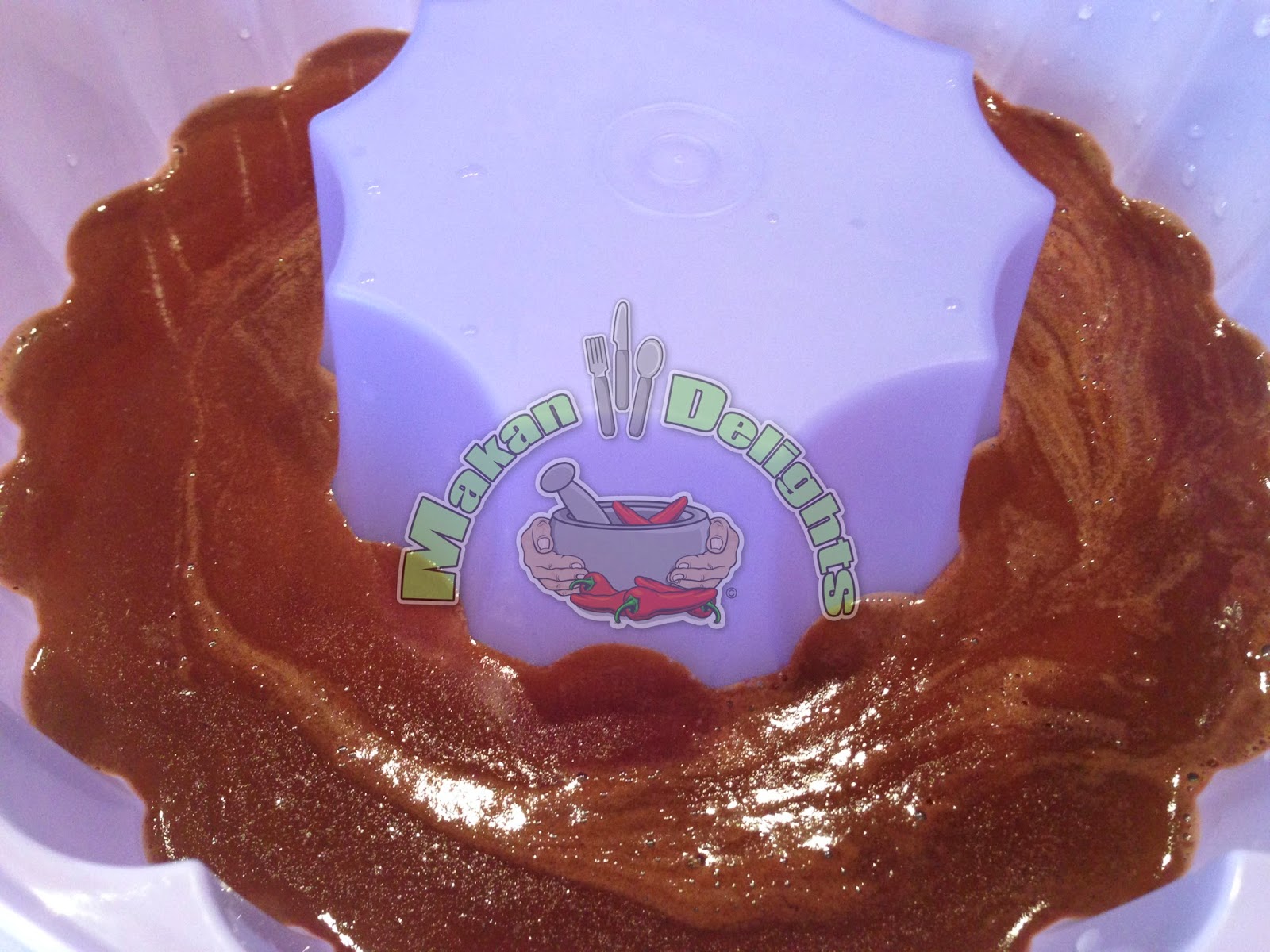 Once the ovaltine layer is almost set, pour all white mixture into mould.  Add the Oreo cookies on top and push them down a little by using the tip of a teaspoon.  All mixture to set again. 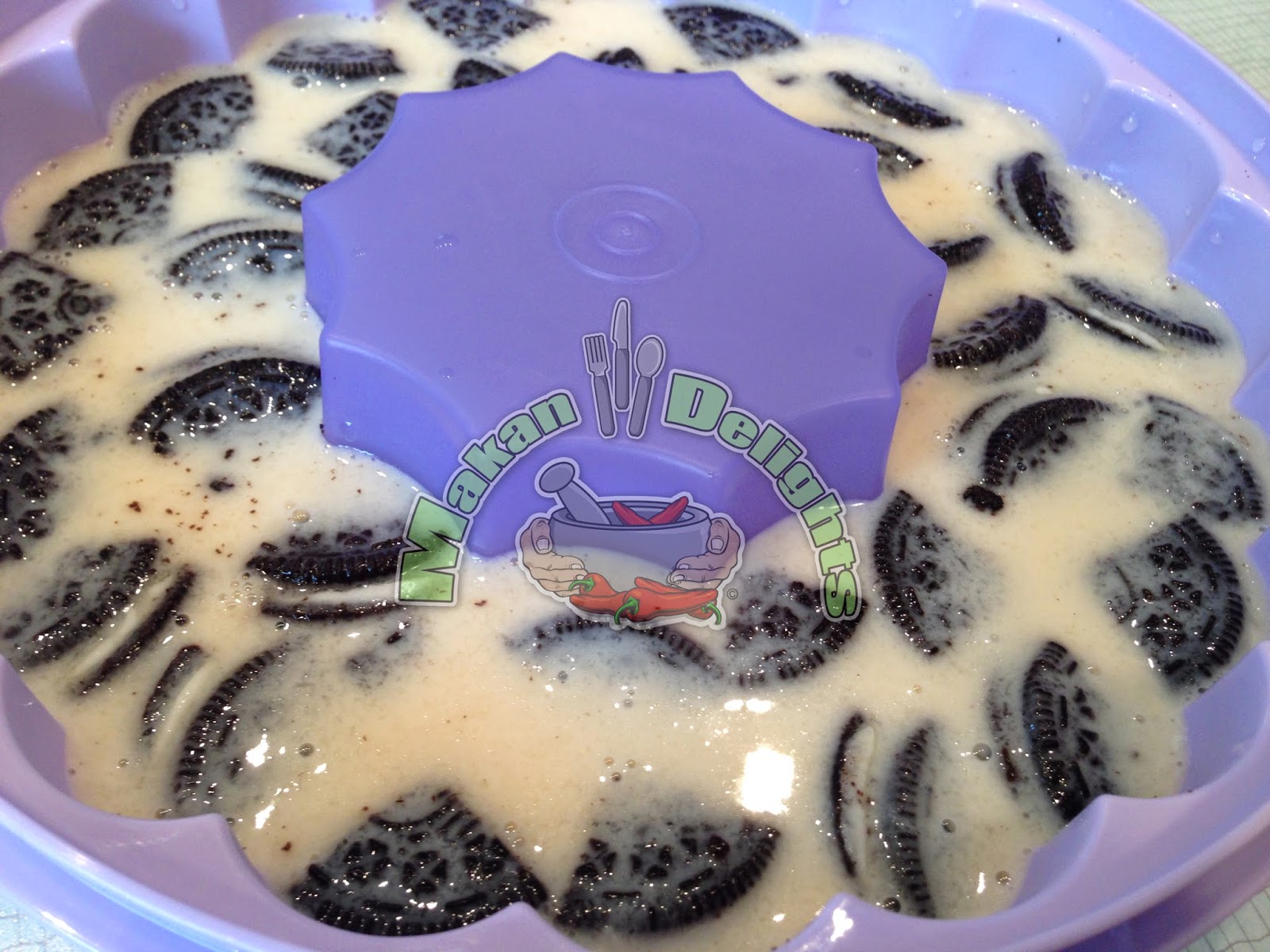 Once the white layer is almost set, pour the remaining ovaltine mixture into mould.  Leave to set in the fridge. 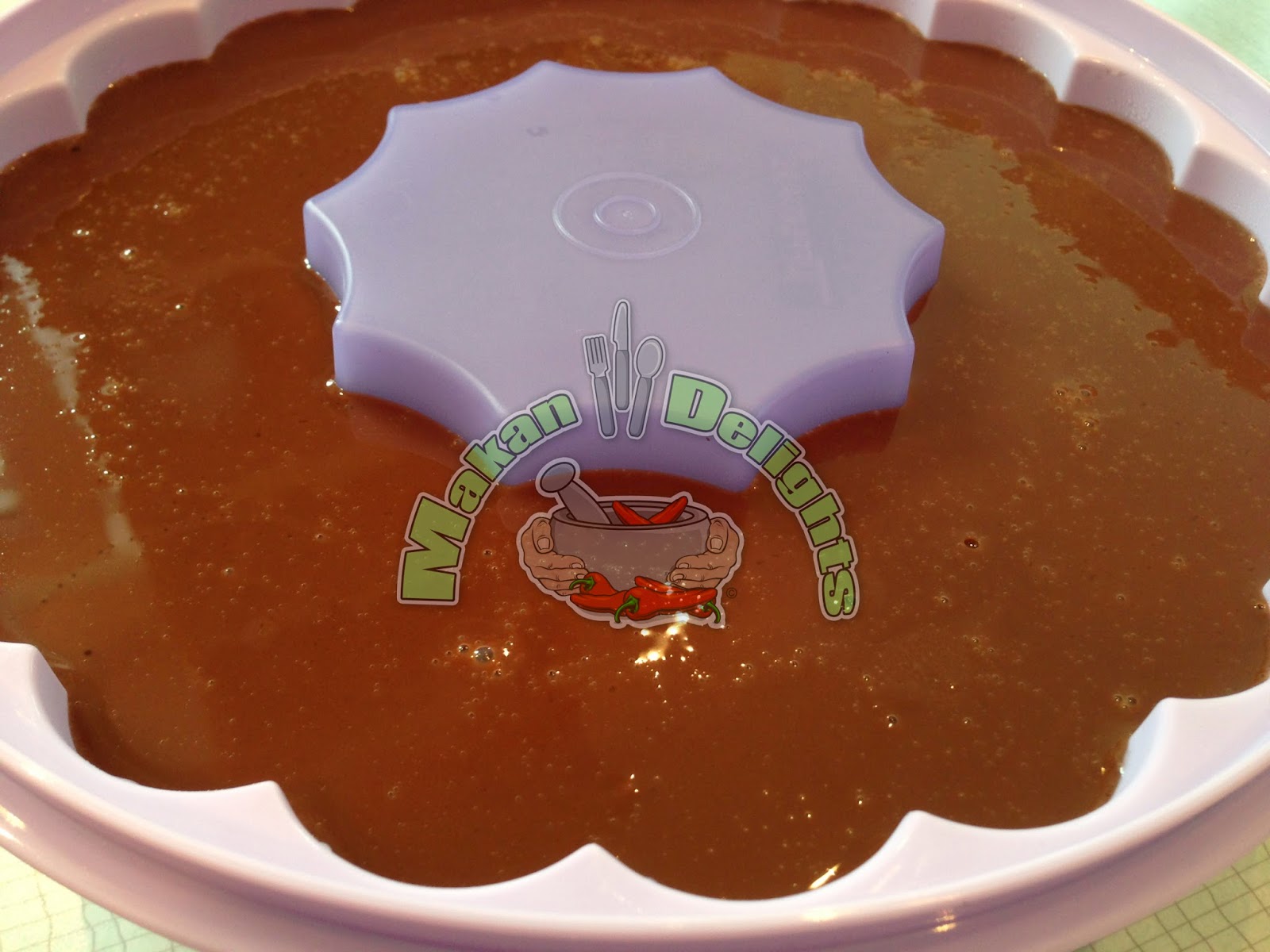 The photo below shows a cross-section of the agar-agar. 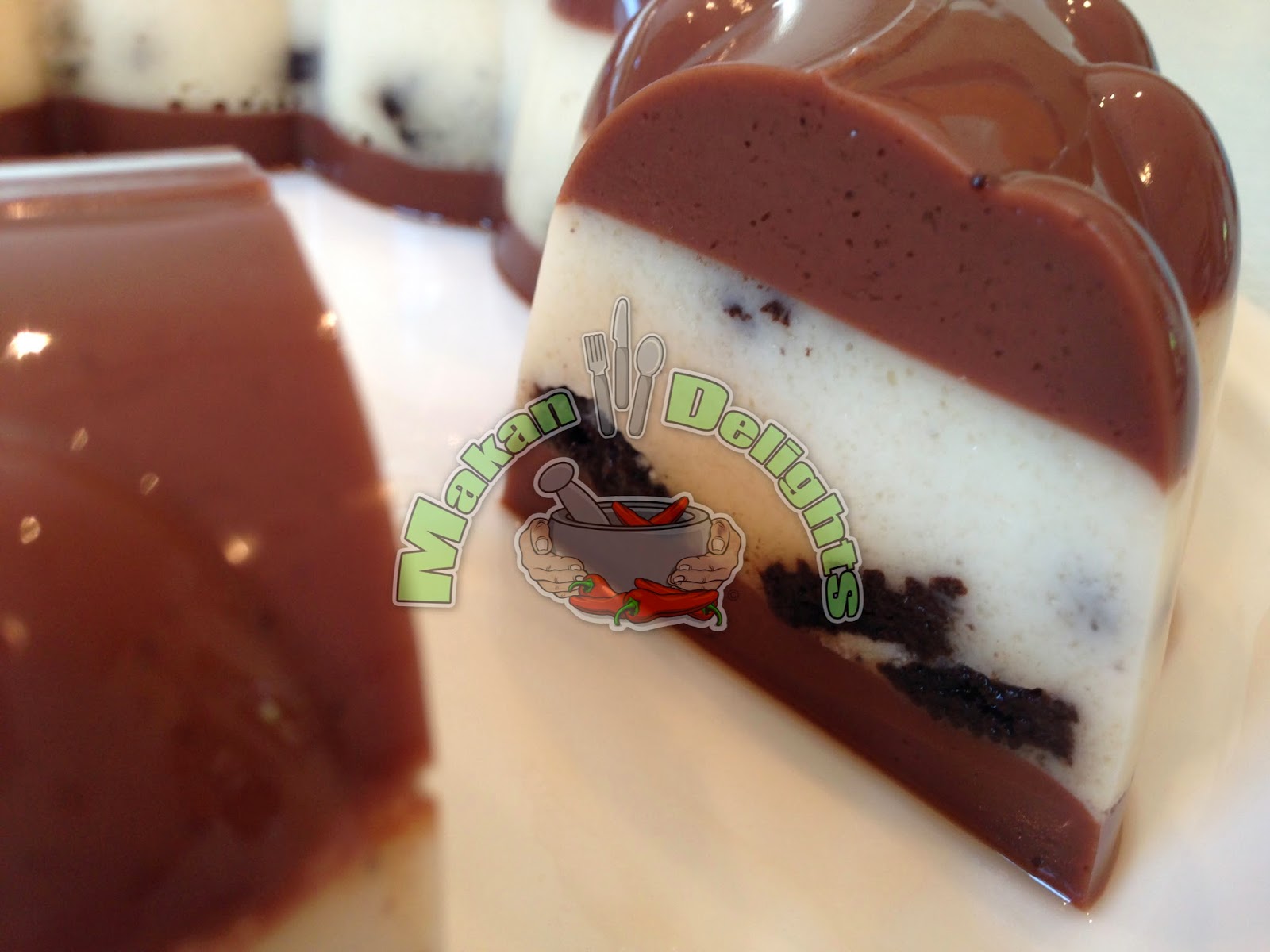 Email ThisBlogThis!Share to TwitterShare to FacebookShare to Pinterest
Labels: Agar-Agar/Jellies

Born in Singapore and married to a German, we are blessed with two sons. Baking and cooking are my passions and I love to create or try out recipes to suit our taste, may it be asian or european dishes. I am very grateful to have the support of my boys who are willing to be my food tasters aka guinea pigs. To all my blog readers, please feel free to leave your comments, if any. Thank you.